I review S2x07 of Arrow, entitled State vs. Queen. I’ve tried to keep spoilers to a minimum but there may be some inside, so you have been warned in advance. There are certainly some spoilers for Season 1 however. 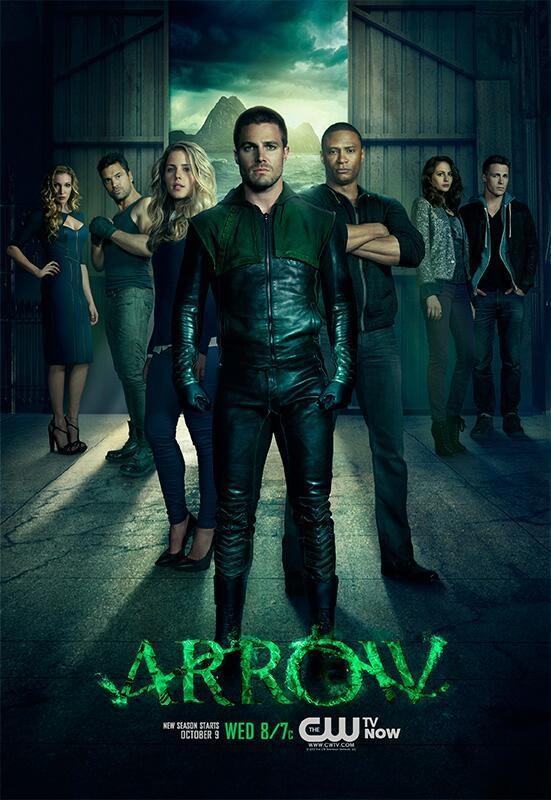 Arrow has been in pretty much top form since the start of Season 2 and it was only a matter of time before we would get our first weak episode of the lot, and unfortunately that has to go to State vs. Queen. It’s not especially bad per say, and if it was in the first half of Season 1 for example it would probably be viewed as good, but with the consistent brilliance that has emerged from Season 2 so far it’s almost a disappointment when we get an episode like this that’s pretty average for about three quarters of its viewing time. But that last quarter… oh my god. I’m not going to spoil it here for you but it is one of the most awesome cliffhangers that I’ve seen in a while especially as it features the return of a character who I enjoyed in Season 1. It’ll be interesting to see what this could mean for future episodes of Arrow now that he’s back in the picture – and it’ll be very fun to watch everything unfold.

Firstly, the biggest problem here is Seth Gabel’s Count Vertigo. He currently remains the lamest villain on Arrow at the moment mainly because of his blatant overacting. He comes off as a poor man’s Heath Ledger and doesn’t really work well at all. To be fair on Gabel however the writers don’t do a lot to help the Count be more original – which is a shame as I enjoyed his comic portrayal by Jeff Lemire (on a side note, I’d love Jeff Lemire to write an episode of Arrow like Geoff Johns has done in the past) and the character doesn’t really come across as interesting here. An escape from a mega security prison seemed too much like the Joker as did Vertigo’s announcement broadcast across live television using a handheld camera. He made the episode a chore to get through the first three quarters – and I was slightly glad that Moria Queen’s trial was there to be engaging throughout.

Firstly, this was a big episode for Laurel as a character. If you’ve been reading my reviews then you’ll know that I view the character as the worst of Arrow’s cast so far – even Quentin Lance (although he isn’t in this episode) and Thea Queen, two characters who I didn’t enjoy so much in Season 1 – are improved, and the other character who I didn’t like in Season 1 was Tommy – and well, look what happened to him. Temporarily the show shifts its focus though to a courtroom drama and this is where Laurel gets to shine. She’s the assisting prosecutor working against Thea & Oliver’s own mother, knowing that if she wins the case then their mother will be put on death row. It’s the first time that I’ve been able to bear her character here and this is hopefully a promising sign for the future. Because if Arrow can make Thea and Quentin interesting characters then there’s hope for Laurel yet, right?

However, something that didn’t really work well for me was the lack of flashback material. It’s time that we got another flashback heavy episode and it’ll be very interesting to see what happens there particularly with some interesting developments with Sara Lance in this episode. There’s also something that teases Slade’s journey to become Deathstroke as well – which is a shame as I would love to see him come back and work with Ollie in the future. Also begs the question – what happens to Shado? A few episodes back when Sara, in the future – asked Ollie where’s Slade, only to be dismissed – she doesn’t bring up Shado – suggesting both of them know what happens to her. It could be her death that’s the final straw that pushes Slade into becoming Deathstroke – but it’ll be interesting to see how that plays out regardless. However, we’re getting very little time to see it here as the flashbacks should have been expanded with less focus on the present day storyline.

This episode also dealt directly with Ollie’s vow against killing following the death of Tommy, so it’ll be interesting to see whether this thread is addressed again in future episodes, particularly if Quentin Lance shows up. Also – whilst we’re not getting a new episode until December 4th, it also sees the arrival of Barry Allen onto the show. It’s something that I really can’t wait for – and whilst Flash doesn’t get his powers here, it’ll be interesting to see how it’s handled as well. Despite the fact then that this episode was largely a downer, I certainly can’t wait for more.