I review the following three episodes of Supernatural: Wendigo, Dead in the Water and The Phantom Traveller.

I’m not a big horror fan when it comes to TV/films as I’ve mentioned before in my review of the Series’ Pilot. In fact, the thing with the most horror that I’ve seen is The Walking Dead, with a heavy emphasis on the characters rather than the zombies. I’ve seen a tagline for a poster say”Fight the Dead, Fear the Living”, and that couldn’t be more true with that series. However, Supernatural is a very different beast, and focuses around Sam and Dean Winchester, brothers who we were first introduced to in the Pilot, travelling across America hunting supernatural creatures whilst on the look out for their dad who went missing on a hunting trip. The basics have now been set up in the Pilot, and now we can focus on more creative monster of the week episodes and take the Winchester brothers across America. Three very different and unique creatures are explored in these three episodes, and the episodes themselves are interesting and varied, but out of the three – I think The Phantom Traveller for me is probably one of my favourite episodes of the show so far, with Wendigo coming in a close second, for reasons that I’ll highlight later on in this review. 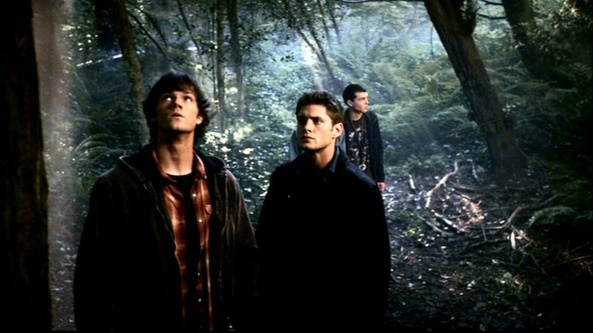 Wendigo is Sam and Dean’s first mission together since the ending of the show’s pilot which saw something very bad happen to Jess, Sam’s girlfriend. We learn in this episode that he’s haunted by the death of his girlfriend and has trouble sleeping, but soon has to put up with other things on his mind, in the form of the titular episode’s monster, a Wendigo. I love that rather than stick to the standard vampires, werewolves and sorcerers of urban fantasy, that Supernatural has managed to tap into the lesser-known creatures and it looks like this is a pattern that is going to be continuously repeated if the show remains in its standard ‘Monster of the Week’ format that has been found in the first four episodes.

Wendigo itself is a very frightening episode despite the dated special effects, and if you found the pilot scary than prepare to be even more terrified with this episode. Following the co-ordinates left in their dad’s Journal, Sam and Dean arrive in the middle of the woods where they investigate the disappearance of several campers, and they quickly learn that they’re dealing with a Wendigo, a formerly human creature with superhuman abilities that feasts on the flesh of humans. Whilst the main story itself may be so well known to the genre that even I can spot its tropes, especially when Dean and Sam meet up with a brother and sister that are on the hunt for their missing brother, and we know who’s going to be the first to die (the guide) because they’re the most arrogant. What keeps this episode interesting however is the strong chemistry between Dean and Sam, which is really proving to be one of the series’ main strengths so far.

It’s also nice to see that they don’t immediately work together as it takes time for them to get used to each other and co-operate once again, particularly as Sam, who’s usually the more Down-to-Earth one, is angry over his girlfriend’s death. This episode has a similar sense of fear factor to it that the Pilot did and in some cases even more. Whilst it may be a tried and true storyline, it’s a strong outing for Supernatural as it establishes a good second episode for the audience to enjoy. Awesome stuff. 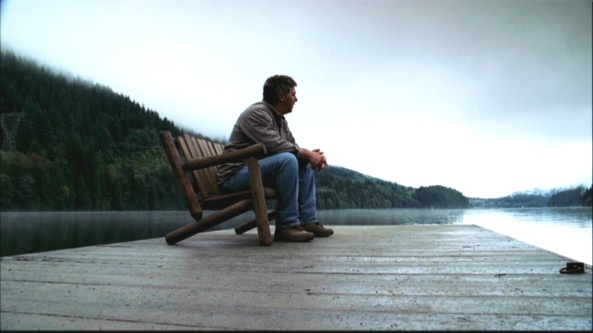 The third Supernatural episode takes Sam and Dean on a mystery where a woman and her child is threatened by an evil spirit lurking in the nearby lake. It’s a very good episode with plenty of the scare-factor, especially in the opening scenes when a girl is dragged underwater whilst swimming in the lake. It’s a very tense episode and you get the feeling that nobody is safe here, apart from Sam and Dean who are of course the main protagonists and are not likely to be killed off this early in the series.

If episode one made me not want to pick up hitchhikers ever again and episode two made me never want to go camping again, Dead in the Water is making me never want to go near any lakes again. This episode is very entertaining, and a strong watch but is unfortunately marred by some flaws that make it unfortunately not as memorable as either the Pilot or Wendigo.  Firstly, Sam and Dean once again pose as figures of authority to get crucial information, but they seem surprised when the local Sheriff actually finds out that they’re not who they say they are, after all – surely they should have expected someone to check their cover story?

It’s also a nice twist to this episode that Sam and Dean can’t save everybody no matter how hard they try. I know that it’s unlikely that they’ll be killed off in the series for a while yet, but from now on as far as I’m concerned, the rest of the cast, the ones that’ll only show up for one episode, are fair game. Apart from of course the obligatory attractive girl who will survive to thank Dean with a kiss, which I’m sure will pop up again in future episodes particularly as it’s already showed up once in Wendigo.

But regardless, Supernatural is a very entertaining series and whilst Dead in the Water may not be the most memorable episode, it’s a strong addition and this show hasn’t put a foot wrong so far. At this rate, even though I’m only four episodes in, I may have to start thinking about ordering the second season. 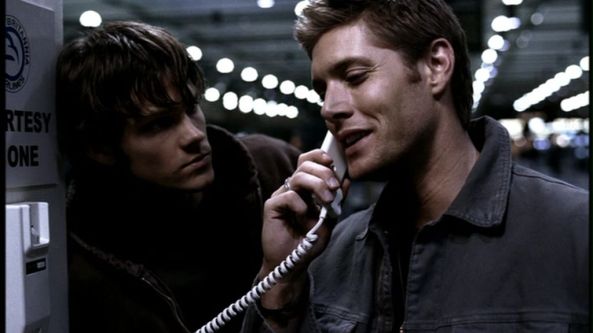 The Phantom Traveller is the fourth episode of Supernatural and the third and finale one that I’ll be reviewing in this roundup. Whilst the previous episodes have taken a more grounded approach, The Phantom Traveller is the first to deal with demons, and an aerial conflict as Sam and Dean must attempt to exorcise a demon whilst on a plane, despite the fact that Dean is afraid of flying.

I’ve mentioned this before, but Sam and Dean are shaping out to be really strong characters and are quickly becoming some of the most memorable crime fighting duo that I’ve encountered. The touch that Dean was afraid of flying made his character seem a bit more human in this episode, and it gave him an interesting flaw. The characters themselves are interesting as well, but the supporting cast aren’t really given that much depth this time around and I’m struggling to recall any of their names. It was a small cast though, with only a flight stewardess and the guy who called Sam and Dean in to assist him being the only important secondary characters here not including the demon who they are up against.

This episode is probably going to be important because demons are the first “major” supernatural creature that Supernatural has introduced to this episode as before we’ve dealt with localized stuff like Wendigo and the Woman in White. Demons are naturally harder to stop and more powerful, and we also learn that they only attack people with emotional issues – hence the people who are possessed in this episode are all afraid of flying. However, the downside here is that some of the special effects employed in this episode aren’t exactly believable, making it less scary than most of the previous episodes. I know the effects in the Pilot with the women on the ceiling weren’t that great, but they were done in such a way that still made you scared. However, the same thing doesn’t work here for the plane that Sam and Dean are on, but it seems to work alright for the smaller planes.

But of course, the stakes have to be increased as the episode goes on and I also understand that this is quite an old series, with the first season airing back in 2005, eight years ago. The same year as the return of Doctor Who, which is currently in its sixth season, whilst Supernatural I understand has recently begun its Ninth.

The episode itself is quite interesting and it is probably one of the strongest of the series to date despite the special effects issues. The plot is entertaining and the mystery is fun and even though it’s a dark episode in places and it’s nice to see that Sam and Dean actually put some effort into posing as Authority Figures this time round, dressing up in suits in one of the lighter elements of the episode when they have to storm a secret building to look at the wreckage from a crashed airplane.